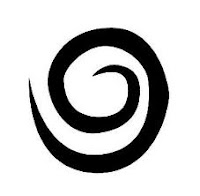 ‘Nature’ (inherited traits encoded within the genes) vs ‘nurture’ (characteristics acquired through exposure to environmental or social input) is core to many debates around health and behavioral issues. Now, using studies on twins it is shown that the nurture can be a significant factor, with environmental factors changing gene activity.  (Human Molecular Genetics. DOI:10.1098/hmg/ddr416)

The work by Jonathan Mill at Kings College, London, carried out genetic studies on 22 pairs of identical twins, selected because one of each pair had been diagnosed with either schizophrenia or bipolar disorder. DNA was, of course identical in each but had significant differences in “epigenetic” markings which do not change the DNA of the genes but indicate how active they are. Commonly, these markings are by a process of ‘methylation’ which switches genes on and off and the methylation process is a result of processes influencing the genes from the external environment. (ie not within the genes themselves.)

A prominent known promotor genes for both schizophrenia and bipoar disorder were studied. One interesting additional finding was that one gene (ZNF659) showed over methyllation for people with schizophrena but under-methiation for in those with bipolar disorder, suggesting that the conditions might result from opposing gene activity. Thus, some genes may be over-active in one disease but under-active in another.

Jonathan Mill says that if it were shown that epigenetic changes preceeded the onset of disorders, a fact which could be established by scanning twins throughout life, then it might be possible to identify the environmental changes, such as diet, stress or other inputs, which could then be prevented. This first step however possibly gives the best evidence to date that epigenetic mechanism may drive psychiatric disorders.